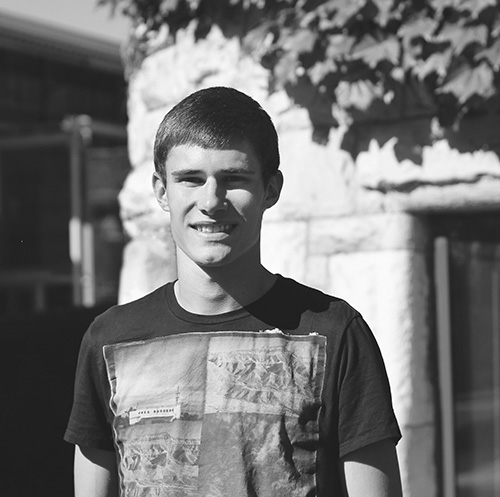 Grace Hampel’s first job out of college, in 1947, was as a stenographer and secretary to President Phinney Baxter III, Class of 1914. It was, she said, “a great beginning for me.”

Many years later Grace became a charter member of The Ephraim Williams Society when she established a Williams charitable gift annuity. “Little did I ever imagine that I am again able to contribute something to the college, and the college will pay me a ‘wage’!”

When Grace passed away in 2011, Williams used the proceeds of her gift as she intended—to endow the Grace S. Hampel Scholarship. Its first recipient is Christopher Stefanik ’16, a native of nearby Adams, Mass., whose father works for Berkshire Gas Company and whose mother is a security officer at the Williams College Museum of Art. A member of the Williams ultimate frisbee team, Chris plans to major in chemistry and perhaps in environmental science as well.

For Grace Hampel, Chris has nothing but deepest gratitude. “If I could meet her, I’d tell her how thoughtful she was, to enable me and generations who come after to receive one of the best college educations in the world.” (Giftwise Fall 2013)