How Connected is Bill Ryan ’62 to Williams? 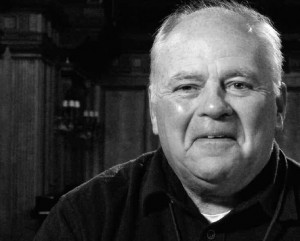 Let us count the ways: Father of Kathy Ryan-Gidman ’90 and Jim ’92, Bill has served as president of the Executive Committee of the Society of Alumni, class treasurer, six stints as class secretary. Four of his math students at an inner-city school in Hartford, Conn., ending up as students at his alma mater.

When Bill signed on as editor of the big reunion book for ’62’s upcoming 50th, he decided to go all out and visit as many of his classmates as possible, encouraging them to write great pieces of their own and collecting particularly tasty tidbits to enliven the book-at-large.

“I began my travels in January 2005 with a visit to NYC and Elaine Stainton, widow of Ollie Banks. My last visit was to Sage Wightman and Dave Kieffer in St. Louis in the autumn of 2010.” With his wife Bonnie often beside him, Bill clocked more than 50,000 miles through 34 states, traveling by car, train, and plane (“even boat!” he claims). In the end he visited a full two thirds of his class, 155 classmates and six widows through what was “truly, the trip of a lifetime. Probably the most important realization I came to,” says Bill, “was that there are wonderful people in our class, most of whom I did not know very well during my college years.” Ryan hopes his classmates will use Reunion Weekend 2012 not only to catch up with old friends but make new ones as well.

When it came time to consider a 50th Reunion gift, Bill (who also serves as 50th Reunion fund vice-chair) and Bonnie worked with their financial advisor Rick Berry ’63 and Williams’ Gift Planning Office on a strategy that met their philanthropic and financial needs. When they created a charitable gift annuity, they made a tax-wise gift that provides them with income and capital gains tax savings today and a steady income for life. Their gift will ultimately support financial aid and global initiatives at the college, both of which are Class of 1962 50th Reunion gift purposes.ting of art criticism, and to enjoy some of the results in our lifetimes,” says Gordon. “Doing so through a deferred gift annuity will also provide us with funds later on, should we need them.”  (Giftwise Spring 2011)